Example: The output signal/value after 3.5 turns (starting from zero) will be 7 times higher than the output after the first half turn.

The Hall-Effect based sensor system is the single-turn stage of the absolute encoders. However, it does not enable the encoder to count revolutions if the external power supply is disconnected.
This problem is solved by POSITAL by means of an energy harvesting system based on the Wiegand Effect which requires no batteries or gears. Using batteries has inherent disadvantages; including a limited lifespan, considerable weight, and the fact that they contain harmful substances. Gear units also bring weaknesses of their own being large, complex, costly and vulnerable to shock and vibration.
Regardless of the rotational speed, even at near zero, the energy harvesting system generates short, powerful voltage pulses which supply sufficient power to the counting electronics in absolute encoders. Thus, the revolution counter can run independently of any external power supply. This principle, which has proven itself since 2005, enables maintenance-free reliable measurement of absolute position even in demanding environments over many years.

Signal Processing is the Key to High Performance

The technological leap that pushes POSITAL’s IXARC magnetic encoders to the performance level of optical systems is based on a new generation of these sensor systems. A custom Hall sensor in combination with complex signal processing by means of a powerful 32 bit microprocessor which results in a considerably better resolution and accuracy plus latency times of only a few microseconds.

POSITAL single-turn and multi-turn encoders are available with: 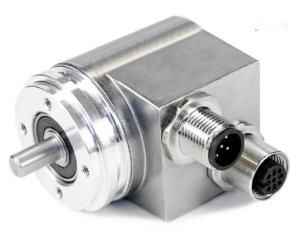 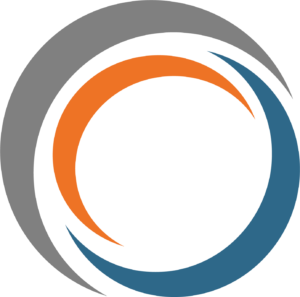 Check out our Review Magazine for Autumn 2017. 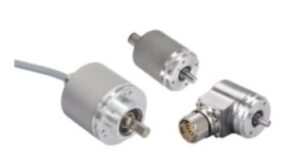